What is The EARR 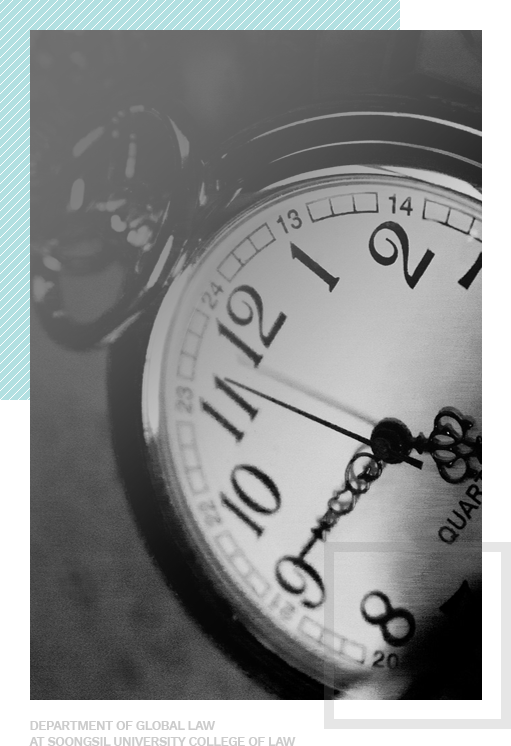 “Protection of Bats and International Trade Measures” The topic of the EARR 2020 is legal disputes concerning “Protection of Bats and International Trade Measures.” The Federal States of Alducra and the Republic of Runbeti, are neighboring sovereign states located continent of Architerpo in the Northern Hemisphere. Bats are ecologically important to the countries on Architerpo.
About 20 years ago, agave farmers in both countries turned to using clones from the mother plant and cutting the stalks to meet the growing demand for tapagium(an agave spirit). Concerned about the impacts on the bat, Alducra passed domestic legislation in January 2015 requiring all agave farmers in Alducra to use bat-safe farming practices.
In April 2015, Government of Runbeti announced a new program that would provide substantial government subsidies to approved alternative energy projects in Runbeti. However, the first phase would include construction of on 75㎢ of a large undeveloped tract, the part of which is a known migration route, critical feeding, roosting areas and commuting routes for the royal noctule between Runbeti and Alducra. The Government of Runbeti and agreed to let the Chiroptera Crusaders monitor the area after construction was complete to determine the wind farm’s impact on the bats. They found several dead bats and reported to both Governments. On 4 January 2019 the Federal States of Alducra concerned about the bat safety, sent the diplomatic note against the wind farm construction.
In November 2019, Alducra passed a statute to institute certain requirements related to the import and sale of tapagium in Alducra. The Government of Runbeti sent a diplomatic note that the statute is the protectionist and the violation of the ARTA. The Government of Alducra is opposed to the claim.
Further negotiations between Alducra and Runbeti failed to resolve the dispute, and the two countries entered into a Special Agreement to institute proceedings in the International Court of Justice (ICJ).

“Reintroduction of Bears” The topic of the EARR 2019 is legal disputes concerning “Reintroduction of Bears” The Federal States of Arctos and the Republic of Ranvicora are neighboring sovereign states located on the continent of Suredia in the Northern Hemisphere. The grey bear (Ursus smokeysius) is a species that is endemic to parts of Suredia. However, grey bears went extinct in Ranvicora in 1963, and its extinction in Ranvicora was considered a national tragedy. Thus Government of Ranvicora has tried to reintroduce grey bears since 2008. For the first release on 23 March 2013, Ranvicora reintroduced bears in Ranvicora’s territory near the Arctos border. In 2018, Arctos argued that grey bears are causing problems in the territory of Arctos. Ranvicora protested that Ranvicora is not responsible for what the bears do.

“Use of the Sargasso Sea and the Protection of Eels” The topic of 2018 IMECC is a legal dispute concerning “Use of the Sargasso Sea and the Protection of Eels”. The Federal States of Alliguna and the Republic of Revels are neighboring coastal sovereign states on a small continent, which is located in the North Atlantic Ocean near the Sargasso Sea. Alliguna is a developed country which is based heavily on manufacturing and energy, while Revels is a developing country which is based largely on fishing and agriculture. Sargasso Sea, which is a region of the North Atlantic Ocean, has an abundant amount of sargassum and is also the spawning ground of European eels. European eels is listed as Critically Endangered on the IUCN Red List of Threatened Species, and the population of species has declined over the past several decades. Especially, Alliguna has strict domestic legislation to help protect and recover the species because the eels feature prominently in Alliguna’s culture, religion, and history.
On the other hand, Revels provided subsidies to SEA Corporation which is a large privately owned company in Revels to reduce greenhouse gas emissions and expand the use of renewable energy. The SEA Corporation's latest biofuels initiative is to harvest Sargassum from the Sargasso Sea to use for biofuel production. Concerned about the potential negative impacts on European eels, Alliguna forwarded the diplomatic note to Revels. Inspite of the additional negotiations between Alliguna and Revels over the several months, they failed to resolve the dispute over the harvesting of Sargassum in the Sargasso Sea and its effects on European eels. Alliguna submitted an Application instituting proceedings against Revels, dated 21 April 2018, declaring that Revels violated international law by negatively impacting the European eel through the Sargassum harvesting project in the Sargasso Sea.

“ Ocean Fertilization and Marine Biodiversity ” The federal states of Aeolia and Republic of Rinnuco are located in Scheflutti continent. This continent is completely surrounded by the Muktuk Ocean and is located near Greenland in the Arctic Circle. Therefore, the federal states of Aeolia and Republic of Rinnuco have large fishing industries and Aeolia has a strong ecotourism sector.
On 21 November 2014, Rinnuco announced that they will progress the ocean fertilization project to stimulate the growth of phytoplankton blooms in Muktuk Ocean. Hence, Aeolia sent diplomatic documents that Rinnuco have to stop ocean fertilization project. However, Rinnuco carried out the plan, and finished the first phase. On 22 April 2015, nine dead narwhals were found off the coast of Rinnuco. Consequently, Aeolia submitted this matter to ICJ.

“Cultural Property and the Protection of Elephants” The theme of 2015 IMECC is “Cultural Property and the Protection of Elephants” in questions relating to illegal ivory trade and the protection of Elephants. The Federal State of Aliya and the Republic of Rincossi are located in different continents, Thorno and Rabab. Thornon elephants, indigenous in Thorno play significant role in Aliyan culture. All trade of ivory is illegal in Aliya. Rincossi allows certain forms of ivory trades but nonetheless prohibits international trade of ivory.
In July 2014, Pam C. Cusi, an ambassador from Rincossi to Aliya, was caught with illegal ivory upon her return. The investigation led the discovery of the link between Cusi and a private group named Barnum Uritovski. In December, Rincossi confiscated illegal ivory from Barnum Uritovski. Aliya requested the prosecution of Cusi and 20members of Barnum Uritovski, but Rincossi rejected and didn’t arrest or prosecute. Aliya requested the return of the confiscated ivory. However Rincossi decided that it will destroy the illegal ivory. Aliya and Rincossi submitted the matter to ICJ.

“Shark Finning and Trade Restrictions” The theme of 2014 IMECC is “Shark Finning and Trade Restrictions” which questions relating to protection of Mako Sharks and Trade Restrictions. Both Alopias and Rhincodon have located in the Varium sea region. The Mako sharks inhabit in that area and they are mainly found in the territorial sea and EEZ of those two countries. On august 30, 2012 the government of Rhincodon sent the diplomatic document to the government of Alopias as follows. Because of legitimate shark fishing in Alopians, the large numbers of sharks have been sacrificed and this has caused ethical problems such as Finning so it requires for a revision of that law. However, Alopias Congress rejected this requirement by referring to its economic development and budget problem. After many times of adjustment were failed, eventually the two countries have left this matter to ICJ(International Court of Justice) to mediate this problem on June 16, 2014. Participant will represent each countries regarding of this issue.

“Sea Turtle Protection and Cultural Practices” The theme of the 2013 IEMCC is “Sea Turtle Protection and Cultural Practices” which is questions relating to the protection of Sea Turtles and cultural differences between Federal state of Aterac and republic of Redonda. Republic of Redonda has the habitat of Sea Turtles which are in crisis of extinction. This Sea Turtles spends its life coming in and out of Federal state of Aterac which is an adjoining country. Maroon which is the minority race of Republic of Redonda hunted the Sea Turtles continuously for the part of the coming-of-age ceremony. The participants of the protecting endangered Sea Turtles and protecting the countries culture competition will represent. Participant will represent each countries regarding of the issue. East Asian Regional Rounds 2012-2013 of the Stetson International Environmental Moot Court Competition.